Our upcoming record Demis Roussos Internal was sent to the pressing plant today. The finished result will end up as a two track 12″ on black vinyl and will be available for purchase sometime early next year.
Demis Roussos Internal (originally released as a 3″ CDr by the Müssiggänger label) was recorded in 2006, inspired not so much by the music of the great Mr Roussos as by the hypothetical impact of his music on the subconscious mind in early childhood. Reaching beyond nostalgia for past musical eras and styles, the composer has tried a sort of musical psychoanalysis to rid himself of the burden of conscious musical identity. Later research has shown that Roussos’ classic “bedroom record” Forever and Ever was released in 1973, disproving the theory that the composer was conceived to this album. However the album is highly likely among the earliest experiences of popular music to have been programmed into the deep layers of his psyche.
Flicker Piece was recorded in 2007 for a CDr handed out at the Space Between club in Malmö, Sweden. It was inspired by the Dreamachine invented by Brion Gysin and contains rhythmic elements in the range of 8–12 beats per second to stimulate alpha waves in the brain of the listener. To be used with or without the Dreamachine. 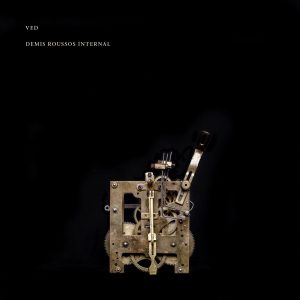